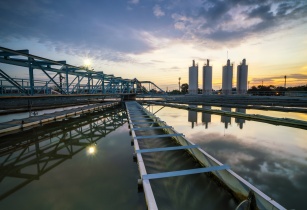 Together with its partner SEPCO III, ACCIONA has started the construction of the Jubail 3B Independent Water Project (IWP)

Its capacity of 570,000 cubic metre per day will supply two million people in the cities of Riyadh and Qassim once commercially operational in 2024.

ACCIONA and its partner are the main EPC contractors in the project, which will be developed and financed by a consortium consisting of ENGIE, NESMA and AJLAN for the publicly-owned Saudi Water Partnership Company (SWPC).

To commemorate the occasion, a ceremony of Jubail 3B IWP took place last 25 May at the site, with the presence of Khaled Z. AlQureshi, CEO of SWPC, representatives of the consortium as well as the EPC Contractors ACCIONA and SEPCO III.

Once Jubail 3B is completed, ACCIONA will supply in KSA around 2.36bn cubic meters of desalinated water per day using reverse osmosis, consolidating it as the most efficient and sustainable desalination technology with the smallest carbon footprint.

Adelaida Fernandez D?az, project director of Jubail 3B, said, ?This plant will help to the contribution of Saudi Arabia?s Vision 2030 and net-zero objectives, which seek to reduce the country?s reliance on fossil fuels and drive the shift to clean energy."

ACCIONA will undertake the construction of the entire Reverse Osmosis (RO) desalination plant along with a 61 Megawatt-peak (MWp) capacity photovoltaic solar facility (the largest in-house solar capability for a desalination plant in KSA), to reduce the power consumption from the grid.

The Project will also include the storage tanks for daily production, the Electrical Special Facilities (Electrical Substation and 59 Km of an Overhead Transmission Line (OHTL) and the associated marine works.