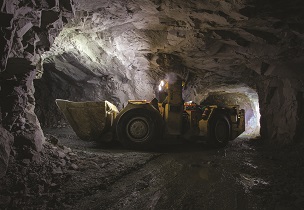 The growth is mainly due to the companies rearranging their operations and recovering from the COVID-19 impact, which had earlier led to restrictive containment measures involving social distancing, remote working, and the closure of commercial activities that resulted in operational challenges. The market is expected to reach US$2427.85bn in 2025 at a CAGR of 7%.

The mining market consists of sales of minerals, metals and other valuable materials such as sand and gravel, coal and stone extracted from the earth crust by entities (organisations, sole traders and partnerships) that undertake the process of extraction. The mining market is segmented into mining services; general minerals; stones; copper, nickel, lead and zinc; metal ore and coal, lignite, and anthracite.

The solar plant will be one of Australia?s largest photovoltaic installations at a mining site once completed. According to a report by Fitch Solutions, renewable energy used by mining companies from various sources include 57% solar thermal, 37% of solar PV, and 4% of wind energy.

According to the US Energy Information Administration (EIA), the coal's share of the total world energy consumption is expected to decline from 25% in 2015 to 22% in 2040. Renewable are expected to be the fastest-growing energy source, with their consumption increasing at an average rate of 2.3% per year between 2015 and 2040. The continuous shift to alternative sources for power generation will restrain the mining market.

Government policies to support the mining industry is expected to drive the mining market. Governments are providing subsidies and encouraging foreign direct investments (FDI) in the mining industry. The amount of government support includes the support through governments? public finance institutions such as bilateral development banks and export credit agencies investing in mining projects, fiscal support through budget allocations and tax exemptions, and investments through majority state-owned mining and utility companies.