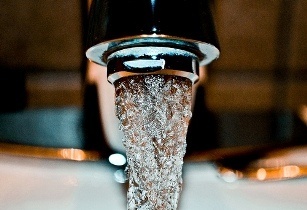 Fines for wasting water in the UAE range from US$27.2 to US$27,225 per offence. (Image source: Paul Bonhomme/Flickr)

According to Gulf News, Dubai Municipality Waste Management Department director Abdul Majeed Saifaie said regulatory authorities were currently working on new rules and regulations for the waste water management sector, which are expected to come into effect in Q1 2014.

Dubai Municipality sources reveal that UAE?s water consumption per capita is currently 550 litres per day, higher than the global average of 170-300 litres per day.

The number of water-related offences in the UAE has reportedly declined by 30 per cent to 378 in 2013. Saifaie explained that authorities want to further reduce that number to zero.

?There have been instances where municipal inspectors had to either directly notify owners of private villas or issue them a written warning because there was a great deal of water spilled out on the streets when having their cars washed, or when their gardens were watered. We are trying to re-address the situation now,? he said.

Fines for wasting water in the UAE range from US$27.2 to US$27,225 per offence. As per current regulations, residents can be fined US$27.2 for water leakage through air conditioning systems and for flushing vehicle-washing water in places not specified by the concerned authorities. The fine is about US$54.5 for dropping any solid or liquid waste from vehicles on the roads.

The Federal Electricity and Water Authority (FEWA) is currently carrying out an energy conservation campaign, which will run until 2016.

The Dubai Electricity and Water Authority (DEWA) has advised residents to save water by washing their cars with a bucket of soapy water and to use a nozzle to stop the flow of water from the hose.

Driveways and sidewalks should be cleaned with a broom instead of the hose, and people are advised to check for leaks in outdoor faucets, pipes and hoses, the newspaper reported.

ADSW to host symposiums on water, energy and waste management