Largest desalination plant to be built in the UAE

Utico has announced that the world?s largest solar-powered seawater desalination plant will be built in the UAE?s Ras Al Khaimah 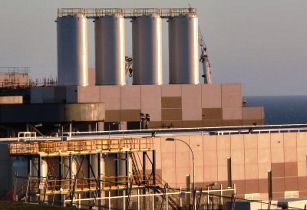 The tender for the new solar-powered desalination plant will be announced in December 2013. (Image source: Vmenkov/Wikimedia Commons)

The tender for the new solar-powered desalination plant will be announced in December 2013, the service utility and solutions provider added.

This facility is expected to generate an output of more than 22mn gallons of potable water per day and 20MW of solar power, Utico said at the 2nd Global IWPP (independent water and power projects) Summit, currently being held in the emirate.

Richard Menezes, executive vice-chairman of Utico, said that the project would set the new benchmark for the desalination business model and would be the world?s greenest desalination plant with least CO2 emissions.

?The new project will implement the most advanced reverse osmosis and filtration technologies and when operational, will push unit production rates down drastically. The reverse osmosis process forces seawater through a polymer membrane using pressure to filter out salt.

The GCC has an abundance of sunshine throughout the year and our aim will be to harness this free energy and channel it to UAE residents at extremely low cost,? he added.

Meanwhile, in 2012, the company had announced a US$408mn coal power plant to be set up in Ras Al Khaimah. The venture will see Utico Middle East collaborate with Shanghai Electric to generate 270MW of clean coal power once complete in 2015.

?The new solar-powered desalination plant will complement the clean coal power plant project we announced last year. The two plants will together generate power and water while reducing CO2 emissions by more than one million tonnes CO2 per year,? Menezes noted.