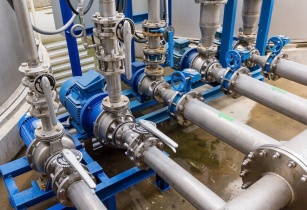 The IWTP project is likely to include a pumping station and a 300km pipeline to carry the water from the IWP to Baha and Mecca. (Image source: Adobe Stock)

The successful developer or developer consortium following the competitive tendering process will be appointed to develop the project under a build, own, operate and transfer (BOOT) model. The developer will sign a water transmission agreement (WTA) with SWPC, with the length of the WTA expected to be up to 35 years.

Synergy Consulting is the lead and financial adviser for the project, with Fichtner and Amer al-Amr Law firm as the technical and legal advisers respectively.

Saudi Arabia is planning to partner with the private sector to deliver 3,500 kilometres of new water transmission lines that will distribute more than four million cubic metres a day of desalinated water, requiring a total investment of US$16bn.

The WTTCO was established in November to lead the programme to expand the country?s water pipeline infrastructure through investment from the private sector.