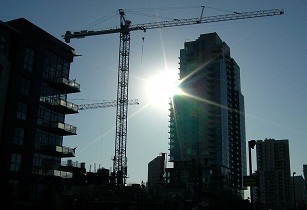 Orascom Construction Industries has announced that Comprising Cascade Investment, an investment vehicle owned by Microsoft founder Bill Gates and other US firms, has invested US$1bn into the Egyptian company

The investors, which also include Southeastern Asset Management and Davis Selected Advisers, will receive shares in the company as part of a deal that will see Orascom relocate its corporate address from Cairo to Amsterdam and list its shares on the New York Stock Exchange's Euronext bourse.

Its Middle East and North Africa HQ, however, will remain in Egypt and the deal will not result in any changes to the day-to-day operations of the business in Egypt, the company said.

The deal effectively sees the three US firms helping to fund Orascom's expansion to allow it to carry out more infrastructure projects in Egypt and elsewhere and is part of an overall fundraising worth US$2bn.

Orascom's two leading existing investors - the Sawiris family and Dubai-based buyout company Abraaj Group - are also taking part in the deal, which will see a mandatory tender offer to buy all of OCI's shares in exchange for shares in the Amsterdam-listed venture.

The pair have agreed to fund cash alternatives to the offer, and as a result they expect to continue "at a minimum to maintain the same level of ownership...or they may increase their holdings", according to the offer document sent to shareholders.

Nassef Sawiris, CEO of OCI, said, "This transaction is proof of the existing international appetite to invest in Egypt and bodes well for the Egyptian economy."

"OCI's existing Egyptian operational headquarters, assets, and 45,000 Egyptian employees comprising half of the group's global employee base stand to benefit from our expanded access to capital. We expect our new profile to positively impact the Group's ability to expand in Egypt and pursue its growth strategy," he added.