Abu Dhabi Conference to focus on US$49 billion construction investment 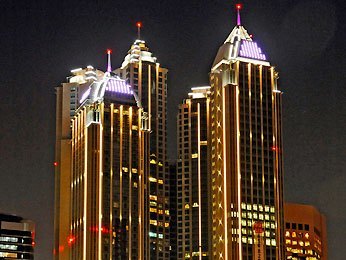 Commercial opportunities and sustainability initiatives in the region will be the focus of discussions at the conference, scheduled to take place from 18-20 November 2012 at the Abu Dhabi Sofitel Hotel.

According to the Middle East Economic Digest (MEED), Abu Dhabi embarked upon construction projects worth more than US$82bn throughout 2012.

Edmund O'Sullivan, chairman of MEED Events, said, ?The Abu Dhabi Conference 2012 is a platform where future prospects and commercial opportunities resulting from the Emirate?s economic growth are identified.

?The event will once again gather over 300 top-level representatives, including Abu Dhabi?s most influential leaders and the international community, to discuss the latest developments, key milestones and upcoming investment and project opportunities across Abu Dhabi?s major sectors leading up to Abu Dhabi Vision 2030,? he added.

Mohammad Omar Abdulla of the Abu Dhabi Economic Department will open the conference with a keynote on Abu Dhabi?s economic achievements and thrusts for 2013.

Meanwhile, Abdullah Al Shamsi, executive director for the infrastructure sector of the Abu Dhabi Municipality, will present an overview of the strategy, objectives, programmes and projects delivered across the emirate?s municipalities.