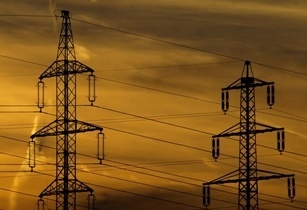 The report, entitled MENA Energy Investment Outlook: Capturing the Full Scope and Scale of the Power Sector, was released in late 2012.

The GCC said it would need to pump US$250bn into the power sector over the next four years in order to meet regional electricity demand growth. The investment would include power generation, transmission and distribution (GTD) and account for more than 200 planned and announced energy-related projects valued between US$100mn and US$20bn.

Middle East Electricity exhibition director Anita Mathews said, ?A young, urbanising and fast-growing population combined with the massive diversification and industrial expansion plans across the MENA region has led to a spurt in the demand for power.

?Some MENA countries have been struggling to keep up with the escalating demand amid political turmoil in parts of the region.

?By catching up with power demand being perceived as socially, economically and politically desirable, however, we see a concerted private and public sector effort to ramp up investment in power-related industries,? Mathews added.

The report, published by the Arab Petroleum Investment Corporation, said that power capacity in the MENA region would increase by 7.8 per cent annually to 2017, translating to a capacity increment of 124 GW.

Countries within the GCC hold the majority of investment growth in the MENA region, accounting for 42 per cent (US$105bn) of total required expenditure, leading a growing number of companies from across the power sector to target business opportunities across the council?s member states.

?Middle East Electricity is the ideal meeting place for exhibitors from all over the world to showcase their products and services to an audience of key decision makers from more than 120 countries,? Mathews noted.