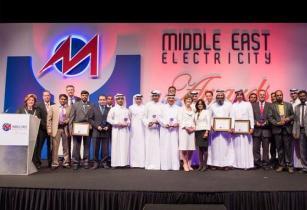 The 38th Middle East Electricity (MEE) came to a conclusion on 19 February 2013 in Dubai, with companies within the global energy industry using the platform as a launch pad for their latest products

The three-day event, which was held in tandem with the inaugural Solar Middle East exhibition, opened on 17 February 2013 at the Dubai International Convention and Exhibition Centre, attracting 35 per cent more visitors than in 2012 for the first two days.

Among exhibitors capitalising on the surge of visitor numbers was Mohamed Abdulrahman Al-Bahar, the official Caterpillar (CAT) dealer and service provider for CAT construction equipment and power systems in the Gulf Co-operation Council (GCC), which introduced the brand new C175 20-cylinder diesel powered generator set. The 25,000kg machine produces up to four megawatts of power, delivering the highest power output in comparison to any single high-speed diesel generator set available in the market today.

The USA-based Cummins Power Generations also had a strong presence at MEE, with the launch of its latest range of AvK 610 low-voltage power generator series.

MEE and Solar Middle East would return in 2014, taking place from 11-13 February at the Dubai International Exhibition and Convention Centre.