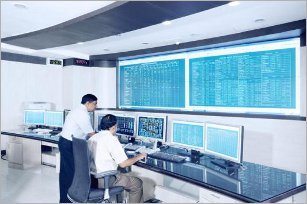 DACC has awarded ABB a contract for the extension of the SCADA monitoring system at Dubai International Airport. (Image source: ABB)

The scope of contract includes the supply of RTUs, telecommunication and integration of new field equipment in the SCADA system. The airport-wide electrical SCADA system provides operational staff in the airport an excellent overview of the status of the electrical distribution in the whole area.

The system allows full supervision and easy operation of the electrical grid of a modern airport that operates 24 hours a day, seven days a week.

"Implementing the first SCADA system was the beginning of a successful partnership. Additional requirements made it necessary to expand the system adding more data, more substations and more distribution equipment. We are delighted that a new contract has been signed between ABB and DACC, Engineering Projects to further develop the SCADA System," said ABB Power Systems, Gulf local division manager, Johan deVilliers.

The system includes functionality such as dynamic network coloring, giving the operators an easy-to-read overview of the connectivity of the system. In addition, it provides gas turbine logic that automatically connects loads to the system after ramping up emergency gas turbines that will be started only in case of a black-out i.e. losing the 132kV connections with the electrical supplier.