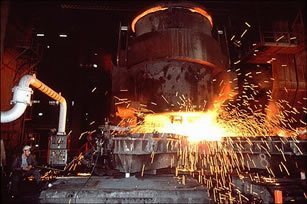 Egypt's industry leaders said they are committed not to lay off any worker in the industrial sector, which includes 70,000 industrial facilities, and to pay the wages of all workers no matter what the circumstances.

Minister Samiha Fawzy said the meeting was one in a series of meetings with industry and trade leaders to discuss the situation of the Egyptian industry during this crisis and the measures and facilities needed to ensure that the industrial sectors will continue to operate at their highest possible capacity. She said the aim is also to identify the problems that the various industrial sectors are facing and present them to the prime minister so that they can be immediately solved.

FEI pledged that the Egyptian factories will return to full production capacity as soon as possible. They said they are committed to all their local and foreign contracts to import products from the various sectors.

For his part, FEI Chairman Galal El-Zorba said the FEI opened an operation room to receive complaints and listen to the problems that industrialists are facing during the current crisis, such as difficulties in transporting raw material from ports to factories or the movement of workers and products from and to factories. He said efforts will be made to solve these problems immediately in coordination with the Armed Forces and the competent authorities.

He said the industrial sector was negatively affected by the current crisis, noting transportation difficulties from ports or to sale and distribution centers, lower market demand for non-food products, and funding problems. As a result of all this, he said, the industry sector's production capacity dropped to only 20 per cent.

On behalf of Egypt's industrialists, El-Zorba submitted a number of proposals to the current government to help the industry sector regain normal production rates. These include:

--Speeding up government repayment of factories' dues and postponing the collection of government dues from factories to ensure there is enough liquidity for the industrial sector to continue operating during the crisis.

--Tightening control on custom points to prevent the entry of any smuggled products or imported products not meeting the set specifications, as this negatively affects local products.

--Commitment from the government that it will prefer buying local products at this stage and in the next stage.

--Accelerating the launch of government projects under consideration to revive the local market.

--The need for the customs authority and the banking system to work at full capacity to facilitate the flow and funding of goods and raw materials for the industrial sector.