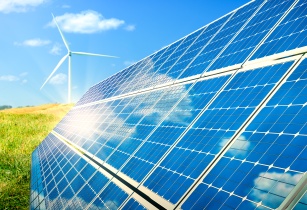 MAN Energy will provide technical assistance to Taqa Power, a subsidiary of Taqa Arabia, on developing electrolysis technology for a green hydrogen plant.

“It is also a great opportunity for MAN Energy Solutions to display its expertise in all processing steps of the hydrogen economy. We look forward to working closely with TAQA Power in finding the optimal solution that will position them strongly in what will be one of the most important markets of the future,” said Ghassan Saab, head of MAN Energy Solutions’ energy business in the region.

Samy AbdelKader, managing director at TAQA Power, stated, “We are very happy to join forces with MAN Energy Solutions for such a great endeavour in alignment with the Egyptian Government’s plan aiming to generate and increase the use of green hydrogen.”

Energy & Utilities reported that the European Bank for Reconstruction and Development (EBRD) was assisting the Egyptian government with studies for developing green hydrogen.

In June, the Egyptian government revealed it is planning to develop a green hydrogen project which would require up to US$4bn of investment.

More than 7,000 square kilometres of land has been allocated for clean energy projects in Egypt, with the North African country having set an ambitious target for 42 per cent of the total energy produced in the country to come from renewable energy sources by 2035.

Egypt and Eni will work together to assess the technical and commercial feasibility of targeted blue and green hydrogen projects in Egypt.

The parties will conduct a study into joint projects to produce green hydrogen, using electricity generated from renewables, and blue hydrogen, through the storage of carbon dioxide (CO2) in depleted natural gas fields.