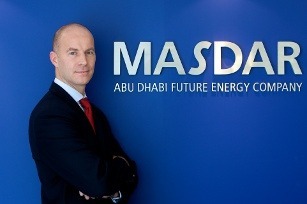 Masdar, the Abu Dhabi government's clean energy company, has scrapped plans to manufacture solar panels in the UAE because of a lack of domestic demand.

Masdar PV, the company's solar panel-manufacturing unit, had planned to start construction of a plant in Taweelah, between Abu Dhabi and Dubai, by the end of 2009.

These plans were temporarily put on hold last year, reported The National. Masdar has now decided to shelve the plan to build a local solar panel plant completely.

Comments by Frank Wouters, the director of Masdar Power, which oversees Masdar PV, said: "You need scale and you need a regional market for that to make sense." The price of solar panels is dropping all over the world as the technology improves and supplies increase in response to government subsidies.

Fears of oversupply have increased further after leading markets such as Germany and Spain moved last year to cut their feed-in tariff incentive schemes leading to reduced demand.

These falling prices have hit Masdar PV's foreign operations, including a solar panel factory in Germany and will have played a factor in Masdar's decision to scrap building a local solar panel plant.

Masdar PV will continue to manufacture thin film solar panels through its current production facility in Germany. Wouters said this plant is selling at competitive prices and is turning a profit, adding that the firm had worked hard to improve efficiency at the plant.

Some analysts predict the market will be oversupplied by as much as 100 per cent this year, with demand not being restored to 2010 levels until 2012 at the earliest.