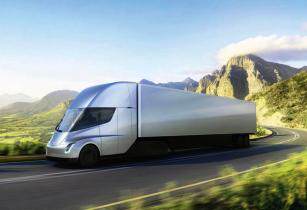 According to Financial Times, the stake is worth US$1.9bn to US$3.2bn at the company?s current share price. The Saudi fund approached CEO Elon Musk about buying newly issued shares, the report said, but Tesla declined. Instead, the PIF bought the shares in secondary markets.

Reuters later confirmed the Saudi fund bought a stake ?at just below five per cent? of the company, according to a source familiar with the matter.

It also would make the PIF, overseen by a Saudi Arabian prince, one of Tesla?s eight largest shareholders. The fund in June invested US$3.5bn in Uber Technologies Inc. In March this year, China?s Tencent Holdings Ltd. bought a five per cent stake in Tesla. Tesla shares have gained 14 per cent this year, compared with gains of seven per cent for the S&P 500 index.