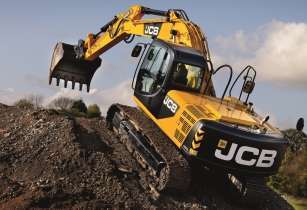 At a recent showcase of innovation at its global headquarters in the UK, two JCB executives spoke of new products introduced by the company for 2013

Tim Burnhope, chief innovation officer at JCB, and Mick Mohan, the company's group engineering director, affirmed the company's aim of focusing on the next generation of products that will distinguish JCB from its competition.

In particular, they spoke about new engine development, which has been and is geared towards performance and fuel efficiency. So, one can note that eight generator models from MTU deliver 275 to 700 kVa for JCB, for example – or that Isuzu's BB-6BGIT European Tier II emissions compliant unit powers the JS220 tracked excavator.

More significantly, however, one observes that more than 70 per cent of JCB’s machines are powered by the engines the company manufactures itself. The real story, therefore, lies in the company's internal development and utilisation of its own power units.

Eight years ago, JCB did not make engines. In 2004 the first Dieselmax engine rolled off the production line followed by the Ecomax engine. Next up is to install JCB engines into the company's large excavators - the all-new 6-cylinder 7.2 litre Dieselmax engine. 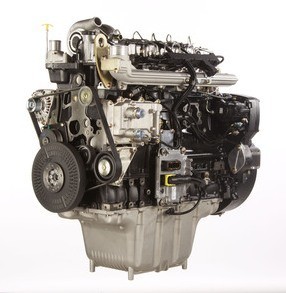 The JCB Dieselmax 672 is based on the company’s four-cylinder 4.8-litre Dieselmax engine, with a high degree of parts commonality across the two engine platforms. After eight years of production, with many engines running reliably after more than 20,000 hours of service around the world, the Dieselmax engine features electronic control, Delphi common rail fuel injection and fixed geometry turbocharging.

Of the 672, Alan Tolley, director of engine programmes at JCB Power Systems, said, “Through the use of innovative engine design and technological development we have produced a reliable, highly durable and incredibly fuel-efficient engine, that will go on to power our larger equipment in many markets around the world.”

Designed for Tier 2 markets - with other standards, up to Tier 4, due by 2015 – it will be seen in JCB's large excavators around the world's more dynamic markets; those territories where construction and economy are aligned on an upward curve. See, first, Brazil, Russia, India and China. Expect to see, then, implementation across the higher-value African and Middle Eastern regions.