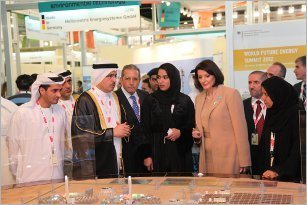 The US$3.27 billion solar project was announced recently by HH Sheikh Mohammed Bin Rashid Al Maktoum, and forms a cornerstone of the Dubai Integrated Energy Strategy 2030 unveiled by the Council last year.

Developed by the Council in 2010 and announced last year, the Dubai Integrated Energy Strategy 2030 seeks to reduce the emirate of Dubai's dependence on imported gas by achieving five per cent of power supplies from solar energy, 12 per cent from clean coal, 12 per cent from nuclear, and the remaining 71 per cent from gas.

The first phase of the Mohammed Bin Rashid Al Maktoum Solar Park producing 10 MW of electricity will be completed in 2013 and will help generate five per cent of Dubai's electricity needs from solar power.

A detailed model of the planned Dubai solar park will be displayed throughout WFES at the Dubai Supreme Council of Energy stand. The model will be a valuable educational tool for visitors, especially the many university students attending the summit. 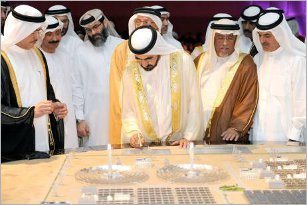 The Dubai Supreme Council of Energy was formed as an independent legal entity in August 2009. The new regulatory body seeks to ensure that the emirate's growing economy will have all the power it needs in the future through providing energy at a reasonable cost and reducing any negative impact on the environment.