French technology to be showcased at Middle East Electricity 2013 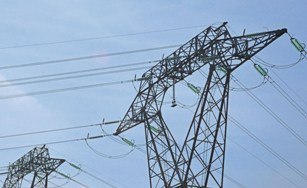 UBIFRANCE, the French trade commission, will be hosting the French Pavilion at Middle East Electricity 2013

Located across a 360-sq m area, the pavilion will showcase 34 French companies which will each be presenting their innovative products and technology.

The companies making up the French Pavilion represent the various sectors in the market, covering equipment and applications for electricity production, transmission and distribution, as well as insulating products and protection and safety systems.

According to a study conducted by GIMELEC, a group of French electrical manufacturers with more than 200 member companies, there are 230 electrical equipment companies in France. These companies specialise in the fields of electric network safety and intelligence, active building management, process productivity and safety and electric supply continuity.

GIMELEC?s research found that the companies generate a turnover approaching ?11bn (approximately US$14.7bn) in France and ?37bn worldwide (US$49.5bn).
Regarding smart grids, French electricity production emits low volumes of carbon and the country has management intelligence in place to maintain these minimal levels of carbon emissions.