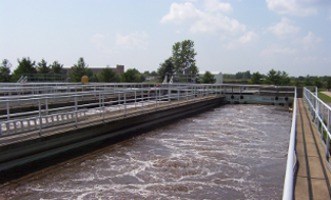 Water scarcity, one of the most pressing issues in the Middle East, will be a key issue at the inaugural Green Middle East 2011 show, highlighting the latest in environmental sustainability solutions.

"Current global demand for clean water will triple by 2030. Many regions around the world have to deal with shortages of water, in the Middle East and North Africa it is particularly acute. Green Middle East will discuss strategies and solutions to address supply challenges and opportunities for the sector," said Saif Mohammed Al Midfa, Director-General of Expo Centre Sharjah.

A recent report from the Organization of Arab Petroleum Exporting Countries (OAPEC) forecasts that the GCC will be hardest hit by shortages within the region, due to a combination of low rainfall, climate change and population growth. It suggests that Saudi Arabia can expect the most severe water shortfall of 7.32 billion cubic metres, followed by Oman, Kuwait and the UAE, with projected water deficits of 1.8 billion, 1.3 billion and 840 milllion cubic metres respectively.

Though desalination has been widely adopted across the Gulf for much of their water supply, the cost and energy intensity make it unsustainable. The only long term solution is conserving water and increasing efforts to treat wastewater and recycle.

Agriculture could be a significant benefactor of utilising treated wastewater, but the main issue currently is the inherent risks that wastewater can still contain bacteria, viruses and a wide range of parasitic organisms.

"From membrane filtration and ultraviolet disinfection to mobile water treatment plants for remote locations and effluent treatment technology for the food processing industry, a full array of new advances in the industry will be covered at the event," said Al Midfa.

The use of grey water for irrigation and non potable purposes such as toilet flushing is now an integral part of ESTIDAMA's design guidelines.

The three day event, which is being held in conjunction with Bee'ah will also cover solid waste, air pollution, scrap metal, alternative energy, green buildings, water quality standards, regulations, and other legal and commercial issues of the industry.