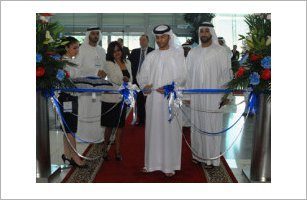 The exhibition and leaders' forum has attracted more than 100 local and international suppliers and contractors, representing 140 different categories of products and services.

"The demand for power and water continues to grow, creating opportunities for investment in Abu Dhabi and the GCC region," said Al Nuaimi at the opening ceremony.

Anita Mathews, expo director, said, "GCC governments are investing heavily in the water sector, which is estimated to be worth US$70 billion over the next decade."

'Infrastructure in particular is a major growth area with significant investments in water storage infrastructure and expanding irrigation systems,' she added.

The water sector is a major challenge for GCC countries where water is most scarce commodity.