WFES 2012 to support integration of solar power in MENA 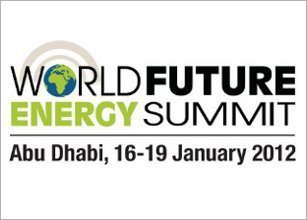 With the cost of solar energy modules plummeting by 76 per cent in just three years, according to Bloomberg New Energy Finance, experts say the key to widespread adoption will depend less on price and more on improved awareness of the potential of the technology.

That is the message that solar power innovators and analysts are taking to the World Future Energy Summit 2012, hosted by Masdar from January 16-19.

Must do more to educate

Jim Brown, President Utility Business Group at First Solar, a leading developer of photovoltaic panels and a sponsor of WFES 2012, believes that the industry must do more to educate government and the public about the cost and other benefits of solar.

He said: "There's still a perception that PV is an expensive technology, compared with conventional fuels, but the industry has made great progress in reducing the cost of solar and that trend is only going to continue. Also, when you take out the incentives provided to traditional energy, solar is an additional viable option today."

Brown, who will address delegates in a business leaders forum on day two of WFES, said: "The market needs to recognize the benefits of solar power in its pricing: solar helps optimize the use of a country's natural resources, provides for a hedge against rising fossil fuel prices in electricity generation, and can be deployed to the grid faster than other power generation technologies. And that's on top of providing one of the most environmentally sustainable power solutions."

Michael Liebreich, Chief Executive of Bloomberg New Energy Finance and the moderator of a special session at the summit on financing strategies, said: "Large-scale solar projects are moving closer to grid parity compared with conventional power, and rooftop solar is also becoming competitive with utility prices in a number of markets today, such as Italy, Turkey and Portugal, and will be in almost all sunny countries by 2015."

Developing economies are rapidly catching up with their Western counterparts in terms of investment in renewable energy – not just across solar, but also in other technologies including wind. 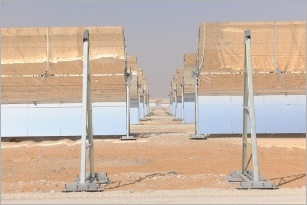 Middle Eastern projects on show at the dedicated Project Village at WFES 2012 include a 200-megawatt wind farm under development on the Gulf of Suez; a 160-megawatt solar power plant in Morocco; and the US$400 million Shams Ma'an photovoltaic power plant underway in Jordan. A total of 25 key renewable energy projects, with a combined value of US$4 billion, are participating in the Project Village.

French oil major Total, both a WFES sponsor and exhibitor, is a partner in Shams 1 – another large-scale solar power facility being developed by Masdar in the UAE – and sees solar power contributing to both the diversification of Middle East economies and the region's long-term energy security.

The involvement of multinational companies at WFES such as Total is also providing direct access to management expertise in large-scale energy projects, a key factor in the wider implementation of renewable energy initiatives in MENA.

"Some renewable energies are already competitive with fossil fuels, like onshore wind and certain types of solar. That's a fact," said Jean-Marc Otero Del Val, Senior Vice President for Power at Total Gas & Power. "Through solar power Gulf countries can displace their domestic oil and gas consumption and supply conventional energy to other parts of the world that need it.

"In the solar industry you have a lot of small companies lacking the expertise in putting together large projects. As a major partner of Abu Dhabi in oil and gas and other energy projects, we have significant capabilities in this area."

Besides raising awareness of the increasing cost competitiveness of solar power applications, the 2012 World Future Energy Summit will also promote their diversity – from utility-scale plants to smaller installations providing a power source in remote locations.