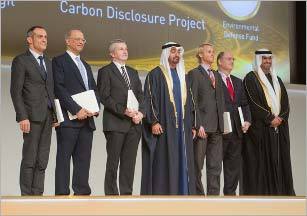 The 2012 Zayed Future Energy Prize was awarded to three winners and two runners for their work in Carbon Reduction Advocacy, Energy Efficiency and Access.

Sheikh Mohammed bin Zayed Al Nahyan, Crown Prince of Abu Dhabi said: "Encouraging these innovators allows us keep them motivated, and as such, ensures that our communities keep benefiting from their inventions. In light of the challenges facing the world today – be it energy security or safeguarding our natural resources - these innovators offer their concerted efforts."

Dr Ashok Gadgil from the US won the Lifetime Achievement award while French company Schneider Electric received a Recognition Award in the Large Corporations category.

In the SME & NGO category, Carbon Disclosure Project was awarded US$1.5mn, while India's Orb Energy was named first runner-up with a cash prize of US$1mn and Environmental Defense Fund took away US$500,000 as the second runner-up. 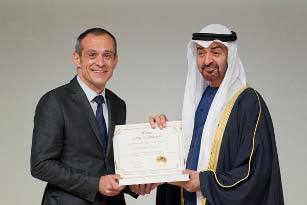 Jean-Pascal Tricoire, President and Chief Executive Officer of Schneider Electric, said: “The world is in urgent need of innovative solutions to create a new, sustainable energy future. The UAE’s commitment towards sustainable development, which takes inspiration from the vision of the UAE’s founding father, the late Sheikh Zayed Bin Sultan Al Nahyan and Abu Dhabi’s efforts in this domain are a decisive first step towards meeting and solving the global energy challenge.”

All three finalists excelled in demonstrating clear impact through their work in disseminating solutions to further knowledge, creating awareness, as well as developing policies and technologies in renewable energy and sustainability.