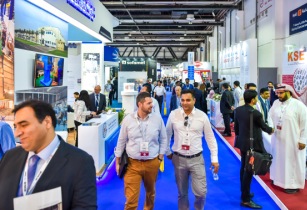 Over the last two decades, the private public partnership (PPP) model has become the most attractive financing mechanism for the GCC power market. The model also helps reduce strain on government finances in delivering complex engineering solutions and benefits from the most advanced technology solutions private power companies have to offer.

According to industry experts, there also arises the need for the power sector to establish a regulatory framework to push for private sector?s participation. The GCC countries? reliance on independent power producers (IPPs) is set to witness a growing trend.

APICORP predicts that the GCC governments need to ensure that IPPs play a larger role power generation and not be looked upon as a short-term fix to the increasing demand. Oman was the first country to implement IPP and state utilities such as Dubai Electricity and Water Authority (DEWA) and Abu Dhabi Water and Electricity Authority (ADWEA) although allow for IPPs but participate as major equity shareholders.

Factors such as population growth, an expanding economy, and climatic changes are increasing power demand in the GCC countries. According to APICORP, the GCC represents 43 per cent, or 157 GW, of current MENA power-generating capacity.

Despite this large capacity, APICORP predicts the GCC will require US$81bn for the addition of 62 GW of generating capacity and another US$50bn for transmission and distribution (T&D) over the next five years. Few GCC countries have also recently increased electricity prices and introduced power sector reforms, which will in turn help balance demand rises.

The GCC smart grid market, which is gaining prominence, is projected to grow to US$1.68bn by 2026 due to the deployment of smart grid infrastructure by GCC governments, according to TechSci Research.

Smart grid technologies help in the integration of renewable energy to the grid. According to a report by Northeast Group, the UAE is the fourth largest market for smart grids and showcases potential for advanced metering infrastructure (AMI) and automatic meter reading activity (AMR) in the MENA region. The UAE?s vision to deploy smart grid and meter solutions is expected to increase the renewables contribution, which is in line with the country?s Energy Plan 2050, according to Networked Energy Services Corporation (NES).

The trend in energy storage systems is catching up fast in the GCC as it forms a crucial component in the development of smarter grids. New technologies are helping deployment of renewable generation, which helps people have control over their energy supply and consumption, according to Frank Ackland, managing director, Eaton Middle East. Battery-based energy operating systems help in expediting response balancing services to the electric grid. According to Dun & Bradstreet, GCC countries? grid inter-connectivity is expected to generate US$33bn in investments, economic and energy savings over the next 25 years. The GCC Interconnection Authority (GCCIA) reported that the grid interconnection contributed over US$1bn in savings over the past three years. Currently, the GCCIA is working on the development of GCC region?s power market.

If smart grid is rolled out in the right manner, it will lead to sustainable electricity supply in the future, according to experts. The introduction of VATin the GCC is likely to bring some changes to the power sector, especially for companies dealing with solar power.

To aid ongoing growth, event organiser Informa Exhibitions has launched a dedicated Energy Storage & Management Solutions sector for the show, which will be hosted by the UAE Ministry of Energy and runs at the Dubai World Trade Centre from March 6-8. Informa will also debut the thought-leading Global Smart Energy Summit alongside the mega exhibition.

?Middle East Electricity is evolving in line with the regional industry, which is now one of the world?s most vibrant,? said Anita Mathews, group director ? Industrial Portfolio at Informa Exhibitions.