INMESOL looks to make some noise with its ?noiseless? gensets

In its eighth year as an exhibitor at MEE, Spanish electric utility manufacturer INMESOL will present latest developments in its ultra silent gensets 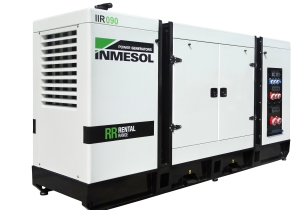 It is one of the most robust and silent generators in the market, according to INMESOL.

Equipped with a special canopy, they keep the width required to transport as many units as possible and optimise logistics. This new canopy has the capacity to house generators from 85kVA to 130kVA PRP.

? Reduces noise emissions: Depending on the power of the group inside, the sound emissions measured at seven metres and 75 per cent of the load has been reduced from 60?64dB (A) to 50dB (A)

? Is more robust canopy and chassis

? Is equipped with four lifting hooks and channels for forklifts, which facilitate their handling for transfers

Another focus of attention at the event would be the latest lighting tower developed by INMESOL ? IT06.

This lighting tower with four LED spotlights is compact, stable, and at the same time, light; occupies very little volume when folded, and greatly facilitates the transportation of several units; can be connected to any available power source and be used both outdoors and indoors without the need to worry about gas or noise emissions. Also, several units can be connected in series and increase the number of lumens required by the application.