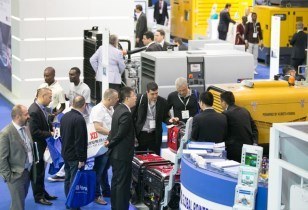 The demand for electric power in the MENA region will grow by seven per cent annually in the coming decade, according to a report published by the Economist Intelligence Unit (EIU)

The report, MENA’s Electric Power Supplies to 2020, stated that population growth, economic development and industrialisation, driven by rising oil prices, will be significant factors that propel the demand for electricity across the region. A number of MENA countries have been diversifying fuel sources and investing in renewable energies as part of their efforts to increase their power supply.

The report, published ahead of Middle East Electricity, which will take place for the 39th time in February 2014, said that the GCC's interconnection grid ­– scheduled for completion by the end of 2013 – will enable power surpluses to be traded across the region.

Middle East Electricity 2014 will look to bring a number solutions in the power, lighting, renewable and nuclear sectors to the fore. Held annually in Dubai, the event will feature more than 1,200 exhibitors from 100 countries and will be expected to attract 18,000 decision makers from across the world.

Anita Mathews, director of Middle East Electricity organiser Informa Energy Group, said, "One of the key drivers of the surging power demand in the MENA region is due to rapid population growth. Others include increasing urbanisation and lifestyle improvements that come with growing economic prosperity, further enhanced by the resurgent construction boom that has now returned to the region.

"The growth of regional power demand is also reflected in the increasing popularity of Middle East Electricity; we are very close to selling all available exhibition space for the 2014 edition some three months before the show opens and next year will certainly be the largest edition yet," Mathews added.