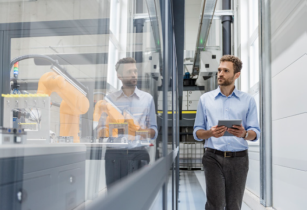 “The Modern Data Center: How IT is Adapting to New Technologies and Hyperconnectivity,” has examines the results of a survey of 150 data centre executives and engineers from various industries around the world.

The survey results indicate a troubling lack of planning and preparation for the evolving data ecosystem. A closer examination of the results reveals a stark contrast between executives and engineers. Around 11 per cent of the executives said that their data centres are updated ahead of current needs while one per cent of engineers said the same.

“As today’s data centre evolves to incorporate enterprise, cloud and edge resources, thorough planning and foresight are needed to meet organizational computing requirements and business objectives,” said Martin Olsen, vice president of Global Edge Systems for Vertiv. “It is clear, however, that many organizations are lagging on that front. With that in mind, we anticipate considerable investment and activity among businesses trying to catch up and get ahead of the changes.”

Major findings from the survey:

Around 92 per cent of CIOs and CTOs say their business will require faster download and response times in the near future.

Around 63 per cent say they have difficulty meeting bandwidth needs at all times.

Security (45 per cent) and bandwidth (43 per cent) are the two areas most in need of upgrades.

Security (43 per cent), backup and emergency preparedness (33 per cent), the ability to implement new technologies (28 per cent) and bandwidth (27 per cent) were the most commonly identified features that will give businesses a competitive advantage.

Pierre Havenga, managing director of Vertiv MEA, said, “Across the Middle East, we are experiencing a drastic increase in demand from customers driven by wholesale requirements as well as uptake to improve efficiency in their existing data centres.”

“In Africa, there are two types of data centre needs we experience from customers. The first is legacy data centres with limited white space for expansion – these customers require Vertiv’s expertise to increase the power density of their racks and drastically improve their efficiencies. The second is greenfield sites where the trend we’ve seen is towards prefabricated modular solutions seeing as customers prefer the flexibility to scale up operations in line with the exponential demand growth while taking advantage of this solutions ability to optimize their technical skills, infrastructure and funding constraints.”