IIS attacks spiked to 1.7mn from 2,000 in a quarter: eSentire report

Internet Information Services (IIS) attacks showed a 782 times increase, from 2,000 to 1.7mn, since the last quarter, according to a new threat report from eSentire, a pure-play Managed Detection and Response (MDR) provider 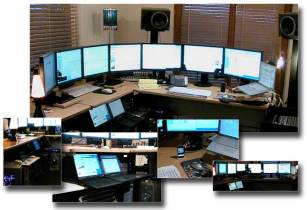 Analysis of the attacks by eSentire Threat Intelligence revealed that both IIS and WebLogic exploits maintained a consistent number of attacks (about 200) per IP across organisations, with those attacks originating from servers hosting Apache, RDP, SQL, IIS, and HTTP API services.

Kerry Bailey, CEO of eSentire, said, ?IIS is a popular web server, with prevalence in the USA and China. Organisations using web servers need to make sure they monitor for these vulnerabilities and update or patch as necessary. Oracle WebLogic is another web server that saw a lot of attacks and we?ve seen Apache attacks reported too.?

?Web servers are exposed de facto, which makes them a primary target, and we saw continued attacks against IIS continue in Q3 2018. IIS patches for earlier versions, like 6.0, are available. Otherwise, users should consider updating to more recent versions of the web server,? he added.