ThreatQuotient, one of the leading security operations platform innovators, has announced a strategic partnership and value-added distributor (VAD) agreement with StarLink, a global security advisor with growing presence in the Middle East, Turkey and Africa 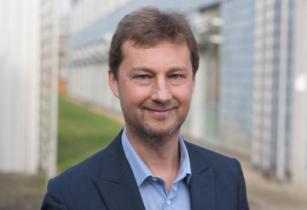 Under the terms of the agreement, StarLink will promote and distribute ThreatQuotient?s platform, ThreatQ, through its network of channel partners and solution providers across the Middle East, Turkey and Africa

The success of cybersecurity strategies within an organisation is leaning more and more on threat intelligence to relieve the workload that security teams are facing, and support organisations in making the right choices for solutions to map and monitor their risks in real-time.

?Like many regions, there is a growing need in the Middle East, Turkey and Africa for strengthened security operations and improved threat intelligence management which is why ThreatQuotient is excited to expand our footprint into these markets with the support of StarLink,? said Anthony Perridge, vice-president of International at ThreatQuotient.

Benefitting security operation into an organisation

ThreatQ aims to enable a shared understanding across teams and tools within an organisation?s defence infrastructure. The platform serves reactive use cases (responding to events) as well as proactive use cases (anticipating threats, orchestrating and synchronising threat intelligence across systems) and supports future use cases by adapting to changing business needs.

Nidal Othman, co-founder and managing director, StarLink, commented, ?Even after deploying multiple layers of security, organisations are continuing to fall victim to intrusions. This is mainly due to having traditional methods of security systems. What is lacking is an advanced security strategy. This is where ThreatQ?s Threat Intelligence Platform can help enterprises accelerate their security operations with a threat-centric approach.?