Bentley Systems, the infrastructure engineering software company, has announced that it is developing applications using the NVIDIA Omniverse platform for photorealistic, real-time visualisation and simulation of digital twins of massive-scale industrial and civil infrastructure projects 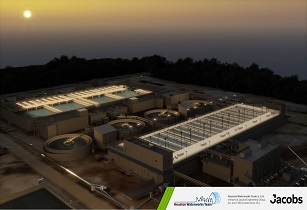 Bentley Systems has extended the Bentley iTwin platform to integrate with NVIDIA Omniverse to provide a graphics pipeline for AI-enhanced, real-time visualisation, and simulation of infrastructure digital twins. This integration allows engineering-grade, millimetre-accurate digital content to be visualised with photorealistic lighting and environmental effects on multiple devices including web browsers, workstations, tablets, and virtual reality and augmented reality headsets from anywhere in the world.

Bentley iTwin is an open, scalable cloud platform that enables engineering firms and owner-operators to create, visualise, and analyse digital twins of infrastructure assets. Digital information managers use it to incorporate engineering data created by diverse design tools into a living digital twin and align it with reality data, IoT data, and other associated data without disrupting their current tools or processes.

Bentley Systems CEO Greg Bentley said, ?Visualisation and simulation underpin many of the use cases for infrastructure digital twins. The collaboration of Bentley iTwin and NVIDIA Omniverse is delivering real-time, immersive 3D/4D experiences that will enable true-to-reality, physics-based simulation of even the largest and most complex infrastructure assets. GPU-computing is transforming the world of engineering and construction and promises to unleash the potential of AI for simulation and advanced analytics in infrastructure digital twins.?

?Modern infrastructure are magnificent feats of engineering. NVIDIA and Bentley share a vision of physically based digital twins ? so accurate and realistically simulated that they will revolutionise everything from infrastructure design to operations,? said Jensen Huang, founder and CEO of NVIDIA. ?NVIDIA Omniverse was built precisely to realise this vision ? to create shared virtual worlds that are simulated with physical and photo realism. We are delighted Bentley is developing applications for infrastructure digital twins on NVIDIA Omniverse.?

The integration of the capabilities of the Bentley iTwin platform and NVIDIA Omniverse enables users to virtually explore massive industrial plants and offshore structures as if they are walking through the infrastructure in real time, for purposes such as wayfinding and safety route optimisation.