The Dubai-based Mashreq Bank has introduced Apple Pay, a mobile payment solution that aims to provide an easy, secure and private way to pay that?s fast and convenient 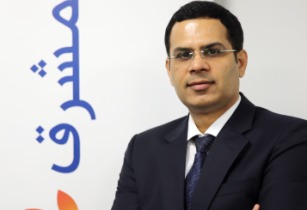 Pankaj Kundra is the head of payments and personal banking at Mashreq. (Image source: Mashreq)

Mashreq said that digital Payments is one of the key focus areas for it and the new Apple Pay is expected to make payment easier for its customers.

Mashreq Bank is one of the leading acquirers in the region and has worked closely with its business partners to spread Apple Pay at more than 35,000 locations in UAE.

?When you use a credit or debit card with Apple Pay, the actual card numbers are not stored on the device, nor on Apple servers. Instead, a unique device account number is assigned, encrypted and securely stored in the secure element on your device. Each transaction is authorised with a one-time unique dynamic security code,? said Mashreq reporting to the press.

In addition to it, with Apple Pay, the customer will receive the rewards and bene?ts offered by their credit and debit cards.

Apple Pay also provides online shopping in apps and on websites, with removing the need to manually fill out account forms or repeatedly type in shipping and billing information. Apple Pay works with iPhone 6, iPhone SE, iPad Pro, iPad Air 2 and iPad mini 3. The users can also use Apple Pay in Safari on any Mac introduced in or after 2012 running macOS Sierra and confirm the payment with iPhone 6 or later edition or Apple Watch or with Touch ID on the new MacBook Pro.