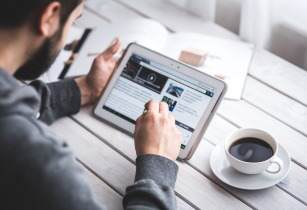 Morocco’s Ministry of Economy and Finance has signed off on a US$700mn loan from the World Bank, launching extensive reforms for Morocco’s digital economy

The programme is the World Bank’s latest project in Morocco, part of their five-year “Country Partnership Framework,” which the two launched in February this year. The framework laid out the World Bank’s priorities for Morocco of job creation and human capital.

The release of the plans came at a “critical juncture” for Morocco economically, the World Bank said, pointing to the kingdom’s deepening reforms and upward—if sluggish – economic growth.

Now, its newest loan has brought the digital economy to the centre of development efforts in Morocco.

Less than one-third of Moroccans have access to a bank account (29 per cent), substantially lower than the 44 per cent average across the MENA region. A lack of access to such basic financial services – financial exclusion– hinders entrepreneurship and holds back economic growth.

The World Bank’s project will address the issue in part through digital transformation. Its reforms will expand the range of broadband internet and scale up the use of electronic transactions.

“Digital entrepreneurship is central to the current programme,” said Djibrilla Issa, financial sector specialist at the World Bank, in a press release. He explained that the project’s reforms would “unleash the potential of Morocco’s digital start-ups.”

Issa added that an enhanced digital economy will particularly benefit Moroccan women, who often face greater barriers for financial services. The bank will monitor the results of its reforms on the gender gap in the workplace.

The bank scaled up its work in Morocco in 2010 and have since lent the country an average of US$748mn annually, through projects that have addressed everything from pollution management to rural infrastructure. Only Egypt receives more money from the World Bank than Morocco, of MENA region countries.