Bahrain - a regional aviation hub in the making 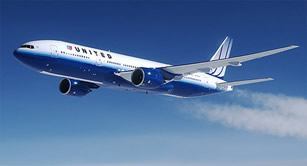 Bahrain is aiming to become the transcontinental aviation hub of the Gulf and Middle East region in the next few years, it was declared recently. This would happen with more and more flights from the US beginning services to Bahrain and using the Bahrain International Airport for its operations, Bahrain Airport Company (BAC) chief executive officer Dr Osama Al Ali said.

Speaking while welcoming the inaugural United Airlines flight, Dr Al Ali said this was just the beginning. "We are, in the future, gearing up for several other airlines to start services to Bahrain," he said.
"One of the immediate aims is to have operations from Bahrain to the US Mid-West and the West Coast." He said BAC shares a very ambitious vision for the airport and the nation's aviation industry as a whole.
"Part of this vision is to galvanise Bahrain's historical position as a true hub for transcontinental flights, connecting people and destinations from all four corners of the globe.
"We will open a gateway to the world. Today, we have taken one step closer to realising this ambition by adding yet another major destination to our network with United Airlines flying from Washington DC to Bahrain via Kuwait daily, seven days a week. He said in the coming months, they will build on this achievement.
"This is not only a milestone for United Airlines and the BAC but also for relations between Bahrain and the US. This will open new commercial and tourism opportunities for both countries. We are glad to facilitate business and increase our contribution to the national economy both directly or indirectly. With United Airlines flying to Bahrain daily, we have now expanded our network to include another important destination via a highly-acclaimed carrier.
"We want to grow our relationship to become one of the prime destinations on their route map to the Middle East. That means operating more flights, to more destinations, including non-stop to the Mid-West and the West Coast. As we strengthen our ties with United Airlines, I am confident we can take Bahrain International Airport to new heights."
Civil Aviation Affairs Under-Secretary Capt Abdul Rahman Al Goud and, US ambassador Adam Ereli and United Airlines's alliances, international and regulatory affairs senior vice-president Mark Schwab were also present on the occasion. Mr Schwab said the new destination extends the United Airlines' footprint in the Middle East and further strengthens its international route network.