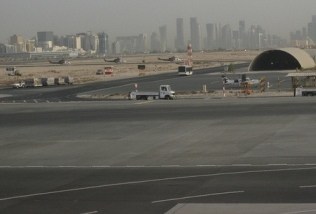 The New Doha International Airport (NDIA), which was initially scheduled to open in December 2012, will now open in the second half of 2013, according to Qatar Airways chief executive officer Akbar Al Baker

Baker told the Moodie Report that the original scheduled opening date of December 12 has been delayed due to the airport operator deciding to part company with a key contractor.

He added that some facilities at the NDIA, however, would open around the end of this year, including cargo, the VIP terminal and the maintenance base for Qatar Airways. The operational readiness programme - the ORAT  (Operational Readiness and Airport Transfer) - has already begun.