The Saudi Arabian Council of Ministers has approved a landbridge project linking the Jeddah Islamic Port to Dammam and Jubail seaports through the existing railway network between Riyadh and Dammam. 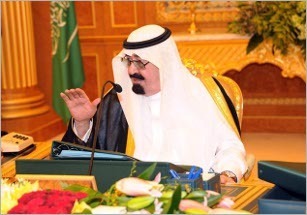 The Cabinet meeting, presided over by King Abdullah, approved the construction of the railway line which will link the western part of the Kingdom on the Red Sea coast to its eastern part on the Arabian Gulf.

The Cabinet meeting, presided over by King Abdullah, approved the construction of the railway line which will link the western part of the Kingdom on the Red Sea coast to its eastern part on the Arabian Gulf.

Transport Minister Jabara Al-Seraisry thanked King Abdullah for taking the initiative to implement the project, which will be the first rail link between the Red Sea and the Gulf. It will allow freight of cargo imported from East Asian countries via King Abdul Aziz Port in Dammam, and from Europe and North America via Jeddah Islamic Port. This would result in more transit cargo and savings in the regional freight economy.

"This is one of the largest infrastructure projects in the region," Al-Seraisry said without mentioning the project's cost. According to a previous report, it was to cost more than SR26 billion (US$7 billion). Al-Seraisry said the new railway would boost Saudi exports to foreign markets.

"The land bridge along with the North-South Railway and the Haramain Railway will have a big impact on the social and economic development of the country," he said and thanked the king for his generous support for the railway.

In a previous meeting, the Cabinet licensed a joint stock company to establish and operate the land bridge project. "The Council of Ministers decided to license the establishment of Saudi Land Bridge Company as a closed joint stock company," the Saudi Press Agency reported, adding that the new company would "establish, develop, operate and maintain" the new railway.

The Saudi Land bridge will primarily be a freight/container line interoperable with the North-South railway link. In the initial phase it is expected to transport 700,000 containers.

This implies that over eight million tons of freight cargo would be distributed in Saudi Arabia and the neighboring countries.The train will have the capacity to carry up to 400TEUs. It will also transport millions of passengers every year.

With the construction of the Jeddah-Riyadh rail link, the time taken for passenger transport will be six hours instead of the current 10 to 12 hours by bus. For freight trains the maximum travel time will be 12 hours.

The overall time taken for freight transport services from Jeddah to Dammam is expected to be just 18 hours instead of the current five to seven days taken by sea without transshipment or eight to nine days with transshipment.