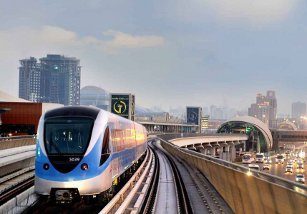 Union Railway, the main developer and operator of the national rail network in the UAE, issued to pre-qualified companies at the end of last month, tenders for the rolling stock of the railway in the Western Region.

It was issued in conjunction with a tender released on March 1st to more than 20 pre-qualified consortia for the Civil & Track Works of the same route.

The first stage of the project developed by Union Railway is in accordance with its agreement with the Abu Dhabi National Oil Company (ADNOC) to move granulated sulphur from its sources in Shah and Habshan to Ruwais for export, from 2013.

The Civil & Track Works contract comprises the design, procurement, construction, testing and commissioning (on a design & build basis) of all assets relating to the completion of this project.

Construction of the national rail network project is scheduled to begin in the middle of this year, following the announcement of award of the tendered contracts.