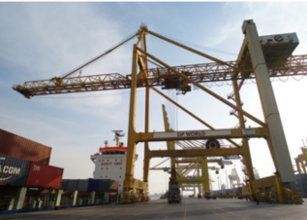 DP World continues to see strong demand in Dubai and at its global operations as the company saw a 10 per cent increase in cargo volumes.

"DP World has delivered another very strong performance in the third quarter of the year, resulting in over 40.6mn containers handled so far this year. This 11 per cent growth, when compared to last year, continues to reflect our focus on the faster growing emerging markets, resulting in another performance well ahead of the industry," DP World chairman Sultan Ahmed bin Sulayem said in a statement.

A reason behind DP World’s continued growth has been the surge in trade in Dubai. As bin Sulayem commented, “The UAE region has continued to do well with the third quarter delivering excellent growth as Dubai continues to strengthen its position as a global trading hub for the fast growing economies of the Middle East, India and Africa.”

The continued growth in emerging markets is a major reason why DP World has 10 new developments and major expansions underway in over 10 countries.

The company statement highlighted that the strong Q3 performance was driven by strong growth in the Asia Pacific, UAE, Africa and Americas regions, as well as new volumes from recently acquired Suriname and additional capacity in Callao, Peru and Qingdao, China.