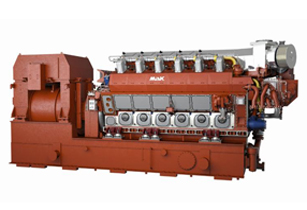 Alan Naisby, managing director of MaK Middle East and Asia, said, ?After much deliberation from shipping companies, LNG is now considered a bridge technology. Caterpillar?s known research and development history with dual-fuel technology has enabled us to transfer much of our know-how to marine engines.?

?Together with the IMO?s mandate to reduce global sea emissions, these have been the key drivers in the success of our LNG-fuelled MaK engines,? he added.

The operator stated that with Caterpillar Motoren initially designing, manufacturing and supplying one of its patented VM 46 DF (dual fuel) engines to both AIDAprima and AIDAperla cruise ships, this laid the groundwork for the next generation of cruise ships, including AIDAnova with 4x VM 46 DF (dual fuel) engines, making it the first vessel in the world capable of operating exclusively on LNG. There are currently nine cruise ships in order to be delivered with dual-fuel engines from MaK.

Due in large part to its eco-friendly solutions, the MaK M 46 DF (dual fuel) based propulsion unit comes as an in-line engine with six to nine cylinders and as a V-engine with 12 to 16 cylinders. Its hybrid propulsion system allows vessels to operate either mechanically and electrically or as a combination.