Aluminium Bahrain (Alba) will have the capacity to produce 1.5mn metric tonnes (mt), or 25 per cent of total output across the GCC, once its US$3bn Line 6 Expansion Project is complete, according to CEO Tim Murray 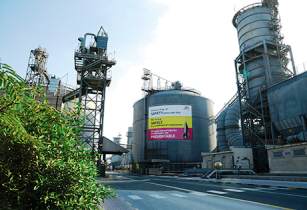 In an interview with Oxford Business Group?s online broadcasting channel, Global Platform, Murray said the new line, which will make Alba the biggest single-site facility in the world, is set to take the GCC?s total production to around six million mt a year, equivalent to roughly 10 per cent of the global aluminium output.

?The world is consuming around 60mn mt,? he noted. ?China alone consumes 35mn mt. If you look at the production footprint, the GCC is the next biggest market, with six million mt out of 25mn mt consumed outside of China. A lot of it is being consumed in the GCC and a lot of it is being exported.?

Murray added that Bahrain?s strategic location next to Saudi Arabia meant businesses keen to tap this rapidly expanding market could do so while saving on the logistics and transport when using Alba.

?We are 12 per cent of the GDP of the country and growing, so it?s a critical part of the economy.?

The CEO added that the industrial sector?s capacity for generating new employment opportunities also gave aluminium, along with other segments, an edge, supporting a broader drive evident in the country to generate ?a steady manufacturing base?.

?Typically, the ripple is four to one in manufacturing,? he explained, ?so if you have a steel or aluminium plant manufacturing around you, you have another four jobs with it.?

With efficiency a priority for the industrial sector, Murray stated that implementing best-of-the-art technologies had a key part to play in reducing energy consumption and supporting environmental friendliness.

?We should be more encouraged to put in new smelters and maybe close down some of the older inefficient smelters,? he said.

Marc-Andr? de Blois, OBG?s director of PR and Video Content, said, ?Alba has been a cornerstone of the kingdom?s strategy for broadening its economic base since it was founded in 1968 and will remain a driving force in the next phase of Bahrain?s growth story.?