The Saudi Arabian Mining Company (Ma?aden) has announced to use the dual-pressure ammonia process developed by thyssenkrupp Industrial Solutions in the new ?Phosphate 3? ammonia plant at its fertiliser complex 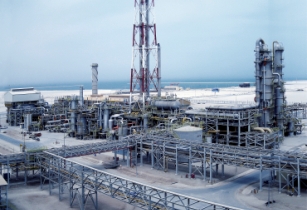 As a subcontractor of the South Korean company Daelim Industrial Co Ltd, thyssenkrupp is providing the process license and extensive engineering, supply and monitoring services.

The plant, with a capacity of 3,300 tonnes per day and located near the port of Ras al Khair on the Arabian Gulf, is scheduled to be completed in early 2022.

In total, the three Ma?aden ammonia plants, which are part of one of the world?s largest integrated fertiliser complexes, will have a capacity of around 3.5mn tonnes per year.

Since 1994, thyssenkrupp has developed and built new ammonia plants with a total production capacity of more than 14mn tonnes and modernised several existing ammonia plants in the region.