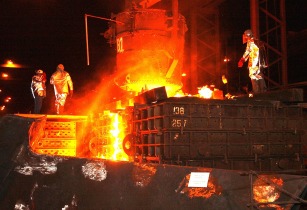 The manufacturing sector's contribution to the UAE's non-oil GDP grew 2.5 per cent to US$33.2bn in real prices last year from US$32.5bn in 2017, according to the data revealed by the Federal Competitiveness and Statistics Authority

As reported by the Emirates News Agency (WAM), the sector has maintained its steady growth over the past five years, with its gross output growing five per cent in 2017 as compared to 2016, during which manufacturing industries hit a growth rate of 4.8 per cent.

Economic expansion is primarily driven by the non-oil sectors, including manufacturing, construction, transshipment, and financial service industries, the report said.

Abu Dhabi has embarked on an ambitious growth and diversification programme, Economic Vision 2030, to boost non-oil sector growth. The emirate has announced a three-year, US$13.6bn stimulus package to jumpstart non-oil activity in the capital emirate.

Efforts to promote several non-oil sectors and attract investment have been highlighted to boost activity across the UAE and create jobs, with new incentives offering 10-year residency visas for foreign investors and professionals (medical, science, technical fields) and 100 per cent ownership of companies to foreign investors.