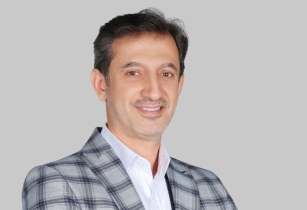 The push for office buildings to become smarter poses several challenges for IT and facility managers on how to achieve that, with the need to manage significant increases in the number of connected devices resulting from the Building Internet of Things (BIoT). In addition, demands for bandwidth, wi-fi, and power supply over the network are also increasing.

?The nervous system of a Smart Building is essentially a network. In the past a traditional network infrastructure had IT and facilities department each operating independently. Today we see both worlds converging into one single IP infrastructure, supporting different systems, each with their own bandwidth and power requirements,? explained Arafat Yousef, managing director ? Middle East & Africa, Nexans Data Network Solutions.

Smart Buildings have a large number of installed operational technology devices like climate, motion, heat and smoke sensors. Designing the placement of network cabling is the next challenge, with wireless access points and wi-fi are helping to  reduce congestion. However, wi-fi and 5G transmission speeds are increasing, which reduces the gap between access points, increasing both the number of access points and congestion in the ceiling.

?Single Pair Ethernet is widely being seen as a potential solution, but many customers do not want the disruption and cost that would come from having to install a separate SPE network. SMARTCONVERGE, using Nexans GG45 technology, can help networking managers to scale their networks by providing the flexibility from a single shielded copper structured cabling system to adapt and expand, thereby keeping abreast of the accelerated demands for digital transformation from business and IT heads. The benefits are efficiency in distribution of connectivity and power inside a Smart Building,? concluded Arafat.