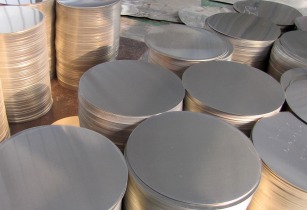 Bahrain-Indian trade exchanges are soaring with the kingdom exporting aluminium worth US$140.3mn to India, reported the BNA, citing official data

India has been ranked as Bahrain?s 7th partner for trade imports and the 6th for exports.

The country's exports to Bahrain shot up by 43 per cent over the past two years (2017-2018) while imports from Bahrain grew by 19 per cent during the same period.

According to 2018 statistics, Bahrain had imported industrial products and machinery worth US$79.2mn. The volume of non-oil trade exchanges between the two countries grew by 24.6 per cent between 2016 and 2018 to top $1.1bn.

According to a report issued by the Indian Industries Association, the country's non-oil exports to Bahrain included mainly non-organic petrochemicals, precious metals, electrical parts and other products.

Bahrain?s investments grew threefold in less than three years, jumping from US$48mn in 2014 to US$140mn in 2017. The kingdom?s investments in India are concentrated in several sectors, mainly food, energy, finance and banking, maritime operations, seaports and containers, reported the BNA.

According to experts, the Indian investments in Bahrain have surged to more than US$1.6bn in 2017, mainly in strategic sectors such as finance and banking, contracting and hospitality, in addition to food, jewellery and machinery.

As per latest statistics, the overall number of Indian companies in the kingdom has exceeded 3,200. India is among the main exporters of food products, spices and fruit to Bahrain, in addition to mechanical equipment and technological devices, stated the report.

Bahrain?s exports to India expanded to include, apart from oil and by-products, to include aluminium items, raw materials, steel, salt, cement and fertilizers, it added.