Emirates Global Aluminium (EGA), largest aluminium producer in the Middle East, is preparing to sell shares amid a comeback in commodities prices, according to reports 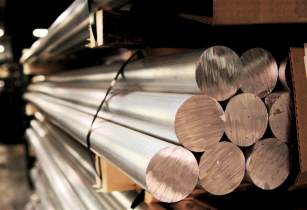 Bloomberg reported that the UAE-based company is seeking advisers for a potential initial public offering (IPO) on the local stock exchange as early as this year, the people said, asking not to be named as the details aren?t public. The UAE agreed to merge its two flagship state aluminium firms in 2013 to create EGA, with an enterprise value of about US$15bn.

A representative for EGA, which is jointly owned by Abu Dhabi?s sovereign fund Mubadala Investment Co and the Investment Corp of Dubai, declined to comment. No final decisions have been made, and the firm may decide to delay an IPO or not to list, the people said.

According to the agency, IPOs in the region may be headed for a revival as countries, including the UAE, work to make themselves less dependent on oil. Saudi Arabia is also taking steps to overhaul its economy, including plans for what could be the largest-ever IPO with the listing of Saudi Arabian Oil Co. Companies in the region raised just US$1.4bn from listings last year, compared with US$2.9bn in 2015, according to data compiled by Bloomberg.

EGA said profit last year rose about 10 per cent to US$572mn on record production. Output jumped 4.2 per cent to a record 2.5mn tonnes, making the UAE the fourth-biggest aluminium producer, the company said. EGA is the largest industrial company in the UAE outside of the oil and gas business. EGA is also building a bauxite mine in Guinea and an alumina smelter in Abu Dhabi to secure raw materials needed to produce aluminium.