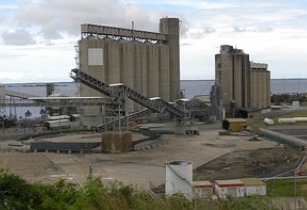 According to EGA, first bauxite exports are expected during the second half of 2019. (Image source: Vicki Nunn/Pixabay)

Once full ramp-up is achieved, the project is expected to produce about 12mn tonnes of bauxite per year and employ more than 1,000 people directly and as contractors.

The project is one of the largest greenfield investments in Guinea in the past 40 years and will be a new global source of bauxite supply after it starts operation.

In addition, EGA has also signed an agreement with Compagnie des Bauxites de Guin?e for the supply of bauxite for Al Taweelah alumina refinery.

EGA?s aluminium is the second largest Made-In-The UAE export after oil and gas. In 2017, EGA produced 2.6mn tonnes of cast metal. The company is the only UAE producer that makes the UAE the fifth largest aluminium producing nation in the world.