New US$46mn copper mill to be built at Oman?s Sohar Port and Freezone

Oman?s Sohar Port and Freezone have recently signed a 35,000 sq m landlease agreement for a major new copper tube mill worth US$46mn at the freezone 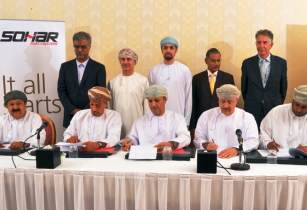 Investments in the plant, that total around US$46mn, are to be split between four main shareholders. (Image source: Sohar Port and Freezone)

Additionally, a further 30,000 sq m of land has been set aside to increase the plant?s capacity to 30,000 tonnes in the future, according to Oman Daily Observer.

Construction for the project will commence later this year, and the plant is due for start-up by mid-2018, with full production scheduled by October 2018.

The plant, with a capacity of 15,000 metric tonnes of high technology copper tubing per annum, will produce mainly inner-grooved copper tubes and plain copper tubes. Both these products are widely used in the manufacturing of heating, ventilating, air-conditioning and refrigeration systems.

The plant?s technology is most commonly known as ?cast and roll? and comprises of three distinct production stages. The raw materials (copper cathodes) that are then formed directly into mother tubes will be sourced from Iran or the local market. Investments in the plant will be split between four main shareholders ? Middle East Investment Company, Mohsin Haider Darwish Invesco, Hussain bin Salman Ghulam al Lawati and Al Habib Holdings.

Jamal Aziz, Sohar Freezone chief executive, said, ?As Oman and its GCC neighbours take active measures towards diversifying their economies, more investments are flowing into sectors such as infrastructure, real estate and hotels, driving significant demand for copper tubes in the construction industry; these tubes are the basic components for every freshwater and cooling system in the region.?