One of the region’s top aluminium profile producers. 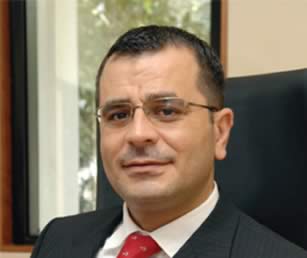 GULF EXTRUSIONS, ONE of the largest aluminum extrusion plants in the Gulf, recently announced that it has been awarded the ISO 9001:2000 certification for Quality Management, a benchmark of excellence given to companies that conform to worldclass international standards. The certification affirms the company’s continuing thrust of providing only the best quality aluminum products in the region.

The ISO certification was awarded to Gulf Extrusions after a series of stringent assessments and inspections carried out by an accredited team from Lloyds Register Quality Assurance, Dubai, which was the certification authority. The certification complements Gulf Extrusions’ continuous focus on quality, which is reflected through an efficient production and after-sale process; use of the finest raw materials such as homogenized aluminum billets and high precision dyes; deployment of state-of-theart extrusion presses; on-the-job training for new technologies; and simplification of delivery logistics. Sustained success Modar Al Mekdad, General Manager, Gulf Extrusions, said,

“The ISO certification underscores our long-standing commitment to quality, product excellence and customer satisfaction. At Gulf Extrusions, we make it a point to ensure that quality is an integral part of all systems and processes, and all our employees fully understand the need to maintain the highest quality standards, which have been key factors behind our sustained success in the region.” The ISO certification also bolsters Gulf Extrusions’ plans to expand its operations in the region and also into emerging markets like India, North Africa and the UK.

Demand The company seeks to efficiently address the demand for aluminum extrusion in the Middle East region which, according to recent studies, has reached an average of 450,000 metric tonnes per annum in 2008, with KSA, Qatar, UAE and Kuwait accounting for most of the demand. Gulf Extrusions, which is part of the Al Ghurair Group of Companies, produces profiles ranging from architectural sections to components for household items, AC grills and customised products. The company also extrudes products of several European suppliers and companies under agreement. Nearly 70 per cent of Gulf Extrusions' production is supplied to the domestic market to support the enormous construction projects in the UAE.

The rest are exported to South East Asia, other GCC countries, Europe and Canada. Gulf Extrusions is one of the largest extrusion plants in the Gulf with a 20 year history of top quality production. Located at Jebel Ali, it is close to its raw material supplier, Dubai Aluminium Company Ltd., (DUBAL) and minutes away from one of the busiest sea ports in the Gulf. The modern processing equipment and techniques permit the company to produce a range of over 7,000 profiles. The company last year launched the construction of a new plant in Qatar which is part of an intensified expansion strategy to double the company's production to 100,000 tonnes in the next six years.