A study commissioned by the Steel Alliance against Counterfeiting (SAAC) has revealed that more than half the industry ? 53 per cent ? has reported an incidence of, what is believed to be, counterfeit steel products at some point in day-to-day operations 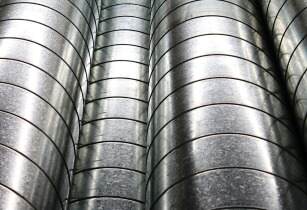 SAAC, which was formed in 2015 and is made up of the world?s 18 leading suppliers of steel products, is working to drive awareness and identify solutions to the growing problem of fake steel in the region.

Market studies indicate that the total volume of tubular products in the MENA market in 2016 reached 2,967,176 tonnes. The research revealed that 79 per cent of construction industry professionals in the GCC are in favour of tighter controls over the import of steel products from certain markets. Government policies, including the UAE Fire and Life Safety Code, prescribe a very high standard for materials to be used in buildings and installations.

Insights and feedback from 70 contractors, consultants and product suppliers from across the GCC were used for the study, which was released today at a meeting of industry professionals.

Andrey Burtsev, commercial director for the Middle East, Africa and Asia markets, Interpipe, said, ?Cities in the GCC region are shining examples of technology adoption and groundbreaking architectural feats. There is absolutely no place for any uncertainty or spurious practices that compromise their infrastructure. As the survey indicates, counterfeit steel products continue to pose significant risks across sectors and in critical installations like oil rigs, pipelines, oil refineries and so on. Through this study, we are supporting key governmental initiatives and procedures that protect society and sustain economic development.?

Bertrand de Rotalier, managing director, Middle East, Vallourec, said, ?We cannot emphasise enough the dangers of counterfeit material usage in our sector. This is the reason why members of SAAC are working together to apply preventive measures to fight the use of counterfeit tubular products.?

The SAAC is working with the industry to develop measures allowing it to detect counterfeit material and forged certificates. The Alliance is also carrying out trans-border investigations and initiating legal action against counterfeiters.

?At SAAC, we believe that the private and the public sectors should work even more closely together to curb this illicit traffic of fake steel,? continued Rotalier. ?We have a number of concrete recommendations that we believe will help to reduce and possibly eradicate the presence of inferior and dangerous steel products.?

Lino D?Onofrio, managing director, Raccortubi Group, underlined, ?It is frightening to see that more than half of the respondents have been faced with counterfeit steel products. We call on product suppliers and end-users to join our efforts and to help protect lives and the integrity of structures.?

Ahmed Hashash, general manager, Pan Gulf Piping Systems Co., said, ?Customer protection and safety are our top priorities, and that can often be neglected by unfair competitors. Ensuring a high level of customer satisfaction, we cannot afford to put our reputation at risk. Therefore, we pay significant attention to the quality assurance confirmed by industry standards and hope to strengthen our trusted partnership with reputed producers.?