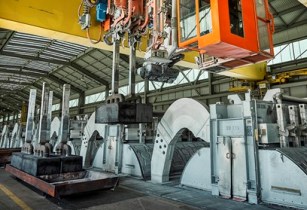 Emirates Global Aluminium (EGA), one of the leading aluminium producers in the UAE, has announced to supply its production of carbon dust, a by-product of aluminium smelting, for use as an alternative fuel by the UAE cement industry

The move is in line with EGA collaboration with the UAE cement companies to re-use by-products of aluminium smelting, in a step forward for the development of a circular economy.

EGA supplies its spent pot lining, another by-product, to UAE cement firms and has trialled the re-use of carbon dust with the industry. Over the next two years, EGA will increase its supply of carbon dust to the UAE cement industry to about 78,000 tonnes.

The use of EGA?s carbon dust is expected to reduce the UAE cement companies? requirements for other fuels including coal that is imported from South Africa.

?Reducing mining and long-distance transport of coal is expected to save approximately 36,000 tonnes of CO2 emissions over the next two years, the equivalent of removing 7,800 cars from the roads,? according to EGA.

EGA will supply the cement industry with freshly-produced carbon dust and material produced in earlier years that the company stockpiled while working to find a viable large-scale industrial use.

For stockpiled carbon dust, EGA has signed a contract with the UAE?s Heavy Machinery Viqa for processing and re-use. Freshly-produced carbon dust will be supplied directly to the cement industry.

Salman Dawood Abdulla, executive vice-president for environment, health, safety, sustainability and business transformation at EGA, commented, ?We will now re-use almost all the carbon dust we generate at EGA, improving the environmental performance of both aluminium smelting and cement manufacturing.?