Work on Algeria?s steel complex to begin in 2015

Construction of Algeria?s Bellara Steel Complex is expected to begin in Q1 2015, as the project is aimed at meeting the country?s immediate iron and steel requirements 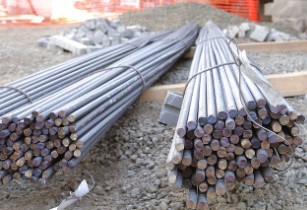 The complex is located in El Milia, Jijel, which is about 359 km from the country?s capital Algiers. The project includes the construction of a steel factory, three rolling mills including two for reinforcing steel rebars. The Bellara Complex is expected to produce two million tonnes of steel per year in the first phase, and four million tonnes in the second phase.

The steel complex was planned after a joint venture (JV) agreement was signed between Qatar and Algeria called Algerian Qatari Solb (AQS) in 2013. Algeria was represented by Sider Co. & National Investment Fund, which will hold a 51 per cent stake. Qatar Steel International, represented by Qatar Steel and Qatar Mining, will hold the remaining 49 per cent.

Ali Bedrici, prefect of Jijel, said that the procedures for the launch of the project have reached ?very advanced? levels. Contracts for the construction of the steel complex?s rolling mills would be signed between AQS and the Italian group Danieli soon, added Bedrici.