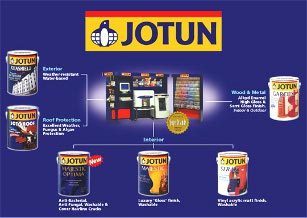 Jotun Powder Coatings is currently eyeing Bahrain as its key market in 2011. The company has a 70 per cent market share in the GCC region excluding Saudi Arabia, where the Jotun group operates another manufacturing unit based in Dammam.

The company has revealed its plans to strengthen its position in Bahrain by leveraging its products among the continuously increasing number of construction projects. Firmly established as the region's leading powder coating supplier and manufacturer, the company has experienced an increased demand from its export markets, particularly Africa, which represent high growth areas for Jotun Powder Coatings in the coming years.

"Bahrain is witnessing an upturn in the development and construction sector, which is ably reflected in the number of construction projects. This is indeed a positive development," said Jotun Powder Coatings managing director Colin Wanless.

The target set by Jotun Powder Coatings follows the company's successful move to invest more than BD2.5mn (US$6.6mn) towards the expansion of facilities and the development of more production lines in its facility in 2009 and 2010.

"This year has been a steady one for us, bringing us back on track with 10 per cent growth, brought about by the increased demand from export markets," added Mr Wanless.

"With the resurgence of the country's construction segment, we remain upbeat on the increased demand for our products across all verticals and segments. The real challenge that we are facing, however, is with sharply increasing costs of our raw materials," he added.

Jotun Powder Coatings has already started to strategically map its presence in Bahrain by working on projects like the Bahrain World Trade Centre and Bahrain Financial Harbour.