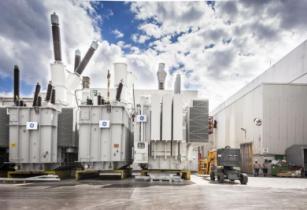 Around 85 per cent of the products manufactured in this factory will be for the export market, said the company. The transformer will be installed at Ptolemais Power Plant which is located at the Komanos mine in Western Macedonia Prefecture in Greece.

“The transformer will be designed and manufactured as part of a new 1 x 660 MW, pulverised Lignite Fired Thermal Power Plant,” stated GE.

TERNA SA has been awarded the engineering, procurement and construction contract (EPC) by PPC to build the project, which will involve installation and putting in operation a steam unit of 660MW firing pulverised lignite. The project is expected to supply 140MW thermal power capacity for district heating.

In addition, this project is also expected to reduce the cost of power generation and contribute to Greece's energy infrastructure, power grid reliability and supply security.

Speaking about the transformer, GE said, “It will enable lower fuel consumption for power generation through low losses and higher productivity, resulting in a reduction of power costs.”

“This increased efficiency decreases emission levels produced by the power plant to the standards established by Greece and the EU,” the company added.

“We are expecting to complete the transformer within a year and export it to Greece for installation at Ptolemais Power Plant,” said Hakan Karadogan, general manager for power transformers product line at GE power’s grid solutions business.